The great and the good from the world’s property industry are once again cutting the tags off their new sunglasses as they prepare for another trip to the sunny shores of the Cote D’azur for MIPIM, the annual property conference.

Breakfast events, meetings and dinners are shoehorned into the four day event, with the objective of casting the net further to make new relationships and solidifying existing relationships. Over the last few years, social media has transformed the way in which the MIPIM fraternity communicates - helping to increase your reach change in person and overcome the criticism that “it’s just Manchester but by the sea.”

In this guide, we'll explain why using social media is a “must” at MIPIM, if you want to grow your business and offer some ideas that'll help you be part of the #MIPIM2015 conversation. 1. MEET YOUR NEW CONTACTS BEFORE YOU ARRIVE

If you’re starting social this year then you’ll need to look at who are the cornerstones of MIPIM on social media. Search the hashtag #MIPIM2015 and start following key people and organisations now! That’s not the old favourites like @MIPIMworld @mcrMIPIM, @LiverpoolMIPIM and @LondonatMIPIM and but also their supporters. The Manchester and Liverpool delegations have nearly 100 organisations between them. Take a look at their event plan, find out what the companies are tweeting about and who the key people are behind the brand.

If someone is cycling to Cannes or has mentioned their involved in a particular charity event it can give you a reason to engage with them and make sure you’re properly up to speed with the company before you meet. The old mantra 'knowledge is power' is certainly relevant here.

We're over half way to our target of £9000 together we can make it before the cyclists arrive at #MIPIM2015#GoTeamBWhttp://bit.ly/1Ac8ln9 Similarly charity-led events that are promoted through social channels, such as the #mipimtennis2015 in aid of Land Aid can become a who’s who on social.

One year, the Roland Dransfield PR team handed out ties and cufflinks from one of our fashion/retail clients to passengers on the Manchester MIPIM flight as part of a promotion.

Stephen Chalcraft from Pannones challenged himself to wear the tie throughout the entire four-day conference in aid of charity – this caused a huge buzz on twitter and “everyone was talking about it.” Not only did he raise over £1,000 for charity but he also raised his profile too, as well as that of his company. A win win situation!

Look at who’s talking about MIPIM. Journalists are, as you would imagine, very active and an excellent way of keeping you informed with events on the ground as they happen.  @EGStaceyM, for example, is an excellent commentator at MIPIM and covers everything from exclusive announcements to beach cricket and boules  - everything that MIPIM stands for. Being up to speed with what’s happening in the market and on the ground at MIPIM can be useful fodder when you’re meeting someone for the first time…and if you’ve already seen them on twitter then so much the better.

Other journalists on the ground include @Jess_Swettenham, @AWBellMENMedia, @EGChrisB, @NeilTague and @hatcherdavid. Strike up a conversation on twitter and arrange a catch-up whilst you’re there. MIPIM gives property professionals a chance to do business in a more relaxed setting, so take full advantage. Become part of the MIPIM conversation by retweeting the latest news, commenting on the latest developments and responding to questions posed by those within the MIPIM community.

MIPIM provides an unrivalled platform to engage with audiences on a global stage and reach people that you wouldn’t have been able to through traditional networking. There’s no need to be restricted by your postcode so “reach out” and be inspired by what other cities and countries are talking about and share this insightful knowledge with your followers.

Likewise don’t be a social snob. By engaging with those who are particularly socially active at MIPIM conversation, you’ll help position yourself within the inner circle and become part of the club. Organisations will have invested thousands of pounds to have a presence at MIPIM, so help each other gain the most exposure. You’ve invested a considerable amount of resource to attend MIPIM, so make sure the industry know you’re there and how active you are! Be visible, share your plans for the day and you’ll be surprised how many start to engage with you.

Demonstrating you’re well connected and active in the market can prove to be invaluable when it comes to deciding who to do business with - and who not to. Most of all be personable. People buy people so convey your personality through your tweets – although remember to turn your twitter off after a wine or two – once a comment is out there it can’t ever be taken back even if you delete!

5. KEEP UP THE MOMENTUM

Don’t put all the hard work into building your social media presence only to forget about hashtags the moment you’re back on UK soil. Like you would  do with business cards, follow up, keep the communication channels open and take the relationship forward. If you’ve solely been “speaking” on twitter, look to make your connection stronger by connecting on LinkedIn and understanding how many connections you share. That in itself can be an invaluable relationship building tool that will ultimately help you gain more business.

Social media is a way of building trust in both you and your brand and, over time, will help to position you as a voice of authority in the market – and MIPIM is the perfect platform to help you start. Bon voyage and don’t forget #MIPIM2015 otherwise you’ll get lost in the crowd!

If you’ve got any more questions or simply want to share your experiences, be sure to get in touch via Twitter.

And if you're looking to for support with your company’s social media be sure to download our free guide below. 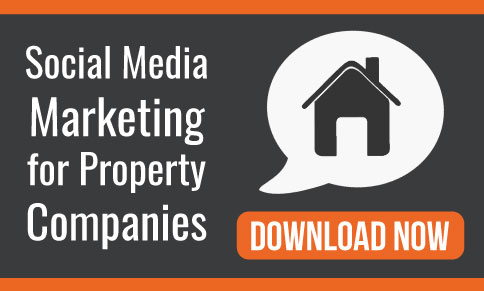