Reputation management used to be something of an arcane practice - conducted behind closed doors and involving whispered conversations between influential people. However, the dawn of digital means that reams of dirty laundry have been brought out to hang on Google's front page.

This has made the field somewhat more egalitarian as it's not just billion-pound businesses and international corporations that have to fear bad press anymore. In this guide, we'll take a look into the world of reputation management and more importantly, explain how it affects you. Simply put, reputation management refers to the practice of finding out what people are saying about you and reacting to this with a view to creating a more favourable impression. Before the widespread adoption of the internet, this was largely achieved through media relations and press releases. However, the 21st century has seen companies of all sizes brought low by bad press that has proliferated online in the brink of an eye.

This has led to modern reputation management practices becoming synonymous with a type of proactive SEO (search engine optimisation) that's aimed at controlling what information is prioritised about you on major search engines.

-          Reputation Management is Difficult in Practice

"It takes many good deeds to build a good reputation, and only one bad one to lose it."

While you can't stop bad news or control the conversations being had about you and your brand - it's certainly possible to influence things and mitigate the effects of negative press. You can't get away with putting out blatantly false information about yourself, but by following some key steps, it's relatively straightforward to promote the positive aspects of your reputation. The first step to take in the field of modern reputation management is to find out what's being said about you. In the past, this might've involved trawling through multiple publications for coverage, but thankfully, things have progressed.

Social media and the analytical tools that accompany this burgeoning field allow you to tap in to what is effectively a real-time, largely unbiased focus group. However, while that sounds easy enough - it's a highly time-consuming process and it can be difficult to provide a quantifiable insight from snippets of natural conversation.

Once you have an idea of the existing sentiment towards your business and brand, it's time to get down to the work of enhancing people's perception. For organisations that are already in the limelight, this can be akin to a never-ending battle. However, smaller firms don't get off the hook either - and can no longer presume to enjoy security through obscurity.

The first step in implementing a reputation management strategy is to prune and properly prepare your online presence. Relevant information should be prioritised and many companies turn to social media pages and directories (like LinkedIn and in some cases, Wikipedia)  to promote positive content that will appear in a prime position on SERPS (search engine result pages).

No matter what content you opt for - it's important to have an overarching strategy that will govern its use and institute regular reviews to see that every piece is on-message. However, that's not to say that you should ignore negative press - far from it. You can't fool all the people all of the time and frankly, you shouldn't be trying to. When reacting to bad press, you want to emulate Casper the Friendly Ghost and be transparent. While it's possible to be proactive on this front by putting a strong focus on customer service and attempting to nullify unhappy customers before they vent their frustrations online - bad news will inevitably surface.

Although you're bound to get some persistently irate customers, by addressing concerns in a down-to-earth , authentic and straightforward way - the vast majority of your audience will appreciate your efforts. Some key steps to take include:

Admit your mistakes: Apologise directly to affected customers and shy away from using anonymous spokespeople. This will demonstrate that you care about what they think and that you're actively trying to fix issues based on their feedback.

Address poor reviews: Don't leave disparaging reviews to fester - instead attempt to locate and address the issues involved and publicise the fact that you're doing so. This also gives you an opportunity to take the conversation offline and resolve the issue without a crowd looking on. Above all, don't try and drown them out with fake reviews - you will be found out and could face legal issues, as well as enhancing negative sentiment toward your organisation.

Use social media wisely: Social media isn't a silver bullet for customer service issues and you shouldn't be treating it as such. It's advisable not to address certain issues over social channels and one thing you should never do is continue to post unrelated content or bland corporate comms during a crisis.

Inappropriate or inflammatory social media posts from employees are an unfortunately common source of negative press, so it's advisable to have a primer for your staff on what's not acceptable to post, rather than banning its use outright.

The bottom line is it's best to address and attempt to fix the shortfalls of your business, rather than attempting to  cover them up. While there's a range of steps you can take to mitigate the effects of negative press - the only real way to keep on top of your reputation is to create happy customers.

This is easier said than done, of course, but by behaving in an ethical and transparent way and devoting the right kind of resources to customer service, you'll be streets ahead of competitors and peers that are still getting to grips with managing their online presence.

As always, we'd love to hear your experiences and thoughts on the never-ending battle that is online reputation management - so don't be shy and let us know what you think in the comments.

And if you're worried about your online profile or simply want to find out more about reputation management and crisis communications, drop us a line or give us a call today.

We've also put together a new guide for SMEs looking to get started with PR and marketing, so be sure to download it now for a range of tips on getting the most out of your budget and resources: 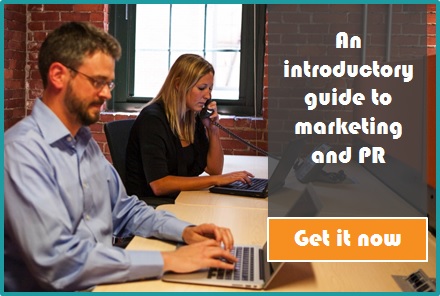