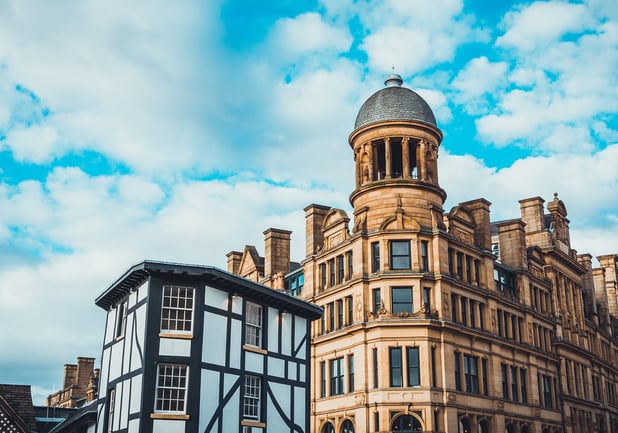 What a difference a year makes. Just one year ago, the MIPIM Manchester delegation was out in force with exciting and hopeful plans to change the way we provide accommodation in Manchester, do business and socialise.

In this blog, we thought we’d take a look at the changes that have, or haven’t happened in Manchester since MIPIM  2017.

Who ran with their ideas and achieved their goals, and who are still awaiting planning approval? Let’s see.

Under the plans, there would be a 41-storey landmark residential tower with large two-bedroom apartments and winter gardens every seven levels.

The designs for Angel Meadow were due to go out for public consultation until April 7. The formal planning application was expected to be made to Manchester council by the end of April.

Now: In August of 2017, Angel Meadows was recommended for planning approval, as Manchester City Council gave the project the thumbs up.

Now, the artist formally known as Angel Meadows, has been renamed MeadowSide. 5Plus architects are still supporting FEC, and the scheme is one of the largest projects to scale that Manchester saw last year.

The deal was announced to Manchester’s MIPIM delegation in 2017 on March 14th, with construction scheduled to start on the 677-unit site in August.

The Circle Square scheme was set to be split across two buildings and comprise of 677 apartments and 1500 sqm of usable amenity space.

Now: On January 18th, 2018, Affinity Living secured a £250m funding deal for their Circle Square neighbourhood, as part of a now £750m development.

Select Property Group are behind this new funding deal, helping drive forward the development on the site of the old BBC building on Oxford Road.

Work on the masterplan on this scheme is now expected to be completed by late 2023, and work has officially started on site with construction partner John Sisk & Son Limited.

Then: At MIPIM 2017, Gary Neville put his St Michael’s Manchester development on hold while he 'fine-tuned' plans.

The former Manchester United star turned property mogul announced he would be going back to the drawing board regarding his St. Michael’s Manchester scheme after concerns came from heritage groups who feared it wouldn’t fit into Manchester’s skyline.

The redesign was welcomed by the city, with a consensus of the scheme fitting into Manchester much more seamlessly. Plans have been resubmitted for approval.

A lot has happened since MIPIM 2017, which gives us hope for what’s to come at Manchester’s MIPIM 2018 delegation.

If you need help with your MIPIM planning, get in touch with us at Roland Dransfield today to take advantage of our MIPIM 2018 Digital and PR package.