Video is huge. Ever-faster internet connection speeds combined with the vast proliferation of mobile devices means people are no longer tied to desktops and their appetite for multimedia content is ravenous.

More than six billion hours of video are watched each month on YouTube alone and companies across all sectors have been keen to get to grips with video to market their products and services. And with playable video search results now coming as standard on Google - it's clear the world of search will be placing ever-more emphasis on multimedia in the coming years.

In this guide, we've investigated a sample of property companies with operations in the north-west to provide some insight into how they're utilising video to extend the reach of their property marketing.

Using the shortlist of Office Agents from the 2014 Insider North West Property Awards as a basis (even though many of the companies listed offer a wide range of services beyond this), we've explored the extent to which property companies in this field have got involved with video, whether there's a regional angle to their efforts and who's attracted the most views.

The findings were highly encouraging - with every company on the shortlist participating in video to some extent. Here's how our agents shaped up in terms of the raw figures:

While the figures speak volumes about engagement and popularity - they don't tell the entire story. To solely pay attention to these metrics would be to neglect the bigger picture, such as how their efforts fit in with the wider company (if applicable), the size of the business and their area(s) of operation.

To this end, we've delved into each account to offer a broader insight into how our sample uses its presence on YouTube. We've examined the topics of their videos, what area of the company they come from and how they promote their video presence on their main website. After all - what's the use in having a YouTube presence if no-one sees it?

For those in the industry, JLL requires little introduction. This global real estate, professional service and investment management firm has been in operation since 1968 and enjoys a reputation as an industry leader in all its areas of operation.

From the first glimpse of its UK site, it's clear JLL has embraced content marketing wholeheartedly and its homepage is peppered with snippets from its latest news stories, blogs and research. This page features two links to its YouTube channel - flanking the right hand side and footer menu respectively (the latter of which is present throughout the user's journey through the site).

JLL is a global company and this status is apparent from the content of its videos, which encompass all of its operations across the world. For those looking to focus on a specific sector, JLL has broken down its regions into playlists.

After the Americas and Asia Pacific regions - EMEA (Europe, Middle East and Africa) and the UK are the most populous in terms of the number of videos. Its UK playlist features a few sales-focused offerings, but is mostly concentrated on thought leadership-style content - with market overviews, regional trends and insights into JLL itself.

There are definite merits to structuring things this way, however, subscribers are signed up to the entire channel, which means they may be regularly alerted to new content that has little to do with their area of interest. Making a video content offering as bespoke as possible will offer maximum value to subscribers and prevent them being turned off by a bombardment of content they find irrelevant.

With an HQ in London and twelve regional offices, GVA, a Bilfinger real estate company, is the UK's largest property conulstancy outside of the capital. Despite an established global presence, both its newly-revamped UK site and YouTube channel are firmly focused on Britain (and Ireland).

GVA's homepage features a link to its YouTube channel, but this is somewhat hidden away in the form of a modest button on the footer menu. And despite having a live Twitter feed - there's no listing of current videos on the site's 'news' section.

Its YouTube channel is highly focused on its proposition - featuring insights into regional markets, GVA's participation at live events and a minimum of self-promotion. The rate that it releases videos is somewhat inconsistent, however, and there seems to be a yearly flurry around July - leaving subscribers a bit bereft for the rest of the year.

Savills provides a wealth of property services across the world stage. Its UK site is straightforward and to the point. There's less of a focus on news and research than some other sites we've seen in our sample, although this is still present in its secondary slider.

Its YouTube link takes the form of a fixture in the footer and is given equal homepage real estate as both LinkedIn and Twitter. In terms of content, its videos are an eclectic mix of insights into life in areas in which Savills operates, introductions to its services and talking heads discussing recent research. These are handily broken up into playlists, enabling viewers to quickly delve into their area of interest.

Savills has been active on the site since 2012 and has kept up a commendable pace of uploads ever since.

Despite being branded 'UK' - there are a couple of worldwide-focused videos thrown in for good measure, which is an understandable move given the reduced YouTube presence of some of its international branches. The world's largest commercial real estate firm, CBRE manages tens of billions worth of assets and was ranked 387 in the 2013 fortune 500.

The site of its UK operation is highly content focused - with services taking a backseat to new articles, research and video. The way it's gone about structuring its video offering is unique when compared to the rest of our sample and is well worth exploring a little further.

In addition to its presence on CBRE's global YouTube Channel - the UK branch has launched its own website devoted to its audio-visual content. As we've come to expect, these are geared towards thought leadership and feature market overviews - although they also include coverage of CBRE in the news and the occasional showcase of its properties.

This hasn't prevented the UK operation from contributing a smattering of videos to CBRE's EMEA YouTube channel, however. And these include report highlights, talking heads and a single item covering the team's charity work.

Given its focus on its own video offering, it's understandable that CBRE hasn't opted to link through to its channel via the homepage. However, YouTube is listed on its Media Centre - while its stand-alone video offering isn't (even under the 'Images and Videos' section). Its YouTube link isn't descriptive and simply links through to videos from pictures of talking heads. We feel it'd be more attractive to visitors if they were provided with some indication of the content prior to clicking through.

DTZ has its eye firmly on the global stage. And this ethos is reflected in the way both its UK site and YouTube channel sit within its worldwide assets.

While the global site features a homepage Twitter feed, the UK sub-pages are content with an unobtrusive link to their profile in the header menu. You'd be hard pressed to track down any other social links on the site, but when we transition to the 'research' page (which is part of the global site) - we're greeted with YouTube, LinkedIn and Facebook pages.

Despite this on-site segregation, its YouTube videos are all thrown in together - although they're overwhelmingly focused on the UK. DTZ has also been ramping up its video efforts over time, posting its first three all the way back in 2009, another in 2011 and the remainder from 2012 onwards.

There's a reasonably good mix of content, from property showcases and showreels to DTZ's participation in events and information for graduates. However, as we've seen with other companies in our sample - the majority of its videos are focused on thought-leadership style content that serves as a testament to its market and industry expertise.

We love the relatively minimalist layout of BE Group's site - which features prominent social links in the header and its latest YouTube video embedded and playable on the homepage (although there's no direct link to the channel here).

The company only has five videos on offer, but they've attracted a decent amount of views. In terms of content, four of its videos are focused on showcasing its properties and the remaining one covers the launch of its 2014 report into Warrington property.

Winner of Office Agent of the Year, OBI has hit the headlines for its eye-catching deals and rapid rise to prominence.

Its well-designed site and Google+ integration give it an internet presence worthy of a much larger company and its commitment to social media is evident from the activity it lavishes on all the channels on which it participates.

And YouTube is no exception to this, with a whole section of its site devoted to its OBI TV offering. It's been relatively active on here since 2012 and is firmly focused on using the medium to provide an effective showcase for the properties it manages with impressive production values..

While there's currently a dearth of thought leadership-style content on their channel - there's definite scope for some additions, given the regular research OBI puts out.

So, as our research shows, property advisors are really starting to embrace the use of video. And the work our sample has produced demonstrates that great strides have been made in relatively short amount of time.

Video content provides the perfect format for companies like these to showcase their thought leadership and areas of specialism. And with the barriers to production (such as cost and the availability of video equipment) becoming ever-lower, there's no excuse for property advisors not to get involved.

What is clear, however, is that there should be more emphasis on the types of video being produced. A significant part of each organisation’s output is heavy on thought-leadership, research and talking heads pieces.

While this is undoubtedly valuable, property consultancies shouldn't shy away from producing a wider variety - and different lengths - of video, covering things like client testimonials, property fly-throughs, FAQ video clips, live coverage of seminars, commercial videos of key schemes being marketed – and also curate other video insights from third-party sites that would be of direct interest to their existing and potential clients. This will help to give companies a flavour of their own individual personality and create some differentiation from their peers.

Do you have any thoughts on the ever-expanding use of video content within the property sector? Or any favourites among the sample we've discussed? If so, give us a shout on Twitter or leave us a comment below - we always love to hear what you have to say!

And if you're looking for advice on digital property marketing or PR, you won't want to miss out on our free guide for property companies: 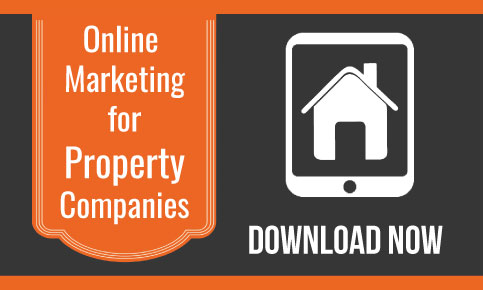