Opinions are divided on HS2. Utter that fateful initialism and you're likely to be met with a range of reactions – from the apathetic and the enthusiastic to the outraged.

And more fuel is constantly being thrown on the fire as plans are amended and high-profile figures like Boris Johnson – who recently claimed that Crossrail 2 might be more beneficial for the economy - add their two cents to the debate.

But before we throw down our rail tickets in an act of defiance and sign up to Stop HS2, it's worth noting the several ways in which HS2 could enhance the north-west's economy and bolster our rapidly-recovering property sector.

HS2 or High Speed 2 is a planned high-speed railway that aims to enable quicker travel times between London Euston, the English Midlands, north-west England, Yorkshire and potentially north-east England and the Central Belt of Scotland.

Built over two phases, the first section will run between London and Birmingham and the second to Manchester Piccadilly, running under Crewe railway station and via Manchester Airport, as well as to Leeds via the East Midland Hub and Sheffield Meadowhall.

David Cameron told business leaders in Leeds last month that one of the main aims of HS2, and the proposed east-to-west northern HS3 line, is to “rebalance” the UK’s London-centric economy by creating a ‘powerhouse’ of business in the north.

But not all of the north is feeling the love however, not least Liverpool's Mayor Joe Anderson, who has stressed his profound disappointment at the latest plans, stating believing that Liverpool is ‘being by-passed' by an investment that will ‘fail to realise its supposed purpose’. The disappointment coming from Liverpool is being expressed strongly in such campaigns like 20 Miles More, which argues that Liverpool would be great kick-starter for the HS3 initiative.

The proposed plans for HS3 were backed by HS2 chairman Sir David Higgins last month and would see an east-west link between Manchester and Leeds. Martin Sloman, co-author of the HS3 report, agreeed integrating the main cities in the north into the high-speed masterplan is vital:

“In terms of existing passenger demand, proximity and economic links it’s a bit of a no-brainer. Liverpool and Manchester are already beginning to function as an embryonic super-city. In terms of population and international connections, via port and airport, they have the critical mass and potential to become a counterweight to London," he said.

So, how will it benefit the North West?

Earlier this year, HS2 held a conference in Manchester, which was attended by more than 600 journalists and transport representatives.

The organisation argued that the connected system of London and Manchester via the HS2 link would build bigger access to labour markets and suppliers. Chief Executive for HS2, Alison Munro, stated the move will be 'truly beneficial for Manchester and the wider region’.

In relation to Nick Clegg's comments about commuters in the north-west being forced to use ‘decrepit trains’, Ms Munro claimed that the money spent on HS2 over the next five years will also go in to improving facilities, creating a £1 billion ‘Northern Hub’ for transport.

While the plan's ultimate aim is to aid the creation of a ‘Northern Powerhouse’ in terms of jobs, infrastructure and business opportunities – simply constructing the new line will also help to stimulate the regional economy. The increase in potential work, the labour needed to actually create the construction and impact of regeneration is estimated to create between 30,000 – 43,600 jobs in Manchester and surrounding areas.

There is still, however, an air of dissent that still lingers from those who can’t comprehend the need to spend nearly £50 billion for the project. HS2 bosses have promised, however, value for money.

And if the scheme achieves its lofty aims, it's guaranteed that the hefty initial capital outlay will be offset by the economic opportunities and advances it seeks to bring to the region.

"We need to make sure that the combination for HS2 and HS3 really delivers benefits that are greater than the sum of their individual parts," said Alison Munro.

While HS2 has tweaked plans to ensure the fewest possible people are affected by line construction, there's still likely to be some upheaval in several areas across the UK.

Land values in areas close to the route have plummeted by up to 40 per cent and while the government aims to compensate those affected, critics claim this relief isn't going far enough.

Several historic and listed buildings, as well as new developments, could be affected at several places along the proposed lines. However, in Manchester this concern will be largely mitigated – with plans calling for a 12-kilometre tunnel to be bored under its southern districts.

The final destination for the Manchester leg of HS2's journey will be a renovated Piccadilly Station, which local councilors claimed would maximise economic potential and help travelers take advantage of existing transport links.

As to the potential for Manchester's property sector, we can look at the benchmark set by HS1 and the resulting £3.8 billion it brought in terms of social and economic benefits to the south-west as evidence for the scope of the HS2 scheme.

Demand for city centre office space, which is already at a premium, is only set to grow among businesses looking get their foot in the door and take advantage of new transport links.

Similarly, Manchester's regional residential market is likely to see a boost as workers seeking to service the influx of businesses take up homes in its surrounding areas. It's not all rosy however, with particularly vocal opposition arising in response to the profound affects the route's development will have in parts of Cheshire.

Similarly, the local business community is far from unanimous in its support for the scheme, with a recent Federation of Small Businesses survey in Manchester finding that a mere 17 per cent of respondents thought the scheme would result in 'meaningful benefits' for companies in the region.

Fast track to the future

The prospect of a sleek, super-fast way of getting from Manchester to London or vice-versa is an exciting one for those who have to navigate the current commute in the course of their business.

And there's a great deal of confidence that such links would serve to create jobs in the short, medium and long-term, as well as helping to tackle the UK's London-centric bias.

However, while services will be more frequent, HS2's success will hinge on delivering enhanced journey times. While current plans suggest the time from London to Manchester could be effectively halved, these have been imperiled by several stalls and changes to potential destinations.

What do you think of the proposed HS2 and HS3 plans? Will they shorten the north-south divide or is it just a massive waste of money? Tweet us your opinions at @RDPRTweets or leave us a comment below.

And if you're a property company looking to capitalise on the growing interest around HS2, be sure to download our free guide that compares the pros, cons and costs of popular marketing and PR options: 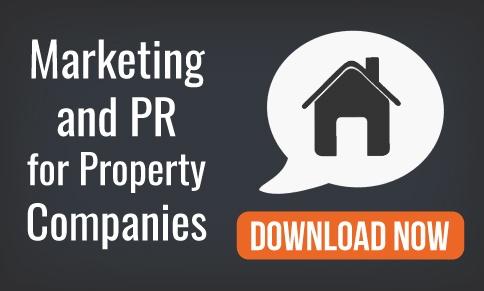