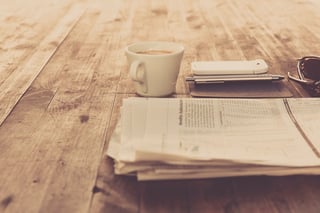 When companies launch their PR activity, the first task is to set goals which will evaluate the success of the campaign. The key to accurately and efficiently measuring the success of PR depends on choosing the correct metric to correspond with the objective of the PR activity.

So without further ado, this blog will take you through how to measure PR.

When you issue a press release, hopefully coverage will start to appear in your target publications. One of the simplest ways to evaluate the success of a PR campaign is to tally up press clippings for print and online coverage.

Target press coverage as well as organic coverage will be generated depending on the nature of the release. Evaluating coverage requires looking at each cutting to see if it is in a key publication list or not. If it’s in key media it will be of higher value to the client.

Online Reach and Opportunities to See

This is the number of people that could have seen the article or campaign online.

Opportunities to see (OTS) focusses on the amount of the target audience who will see the message. This is made up of print circulation for the respective titles and the expected reach of the online content. This is a great way to establish how many of your potential customers may have seen the campaign.

Traditionally PR professionals have used Advertising Value Equivalent (AVE) as a standard of measuring the success or failure of their work.

AVE was initially established to allow media professionals to directly compare their campaign results with that of advertising using a monetary value. However, there are a few problems with AVE. Some may say it’s not a suitable way of measuring the value of PR as the value of PR should not be directly or proportionally compared with advertising and should have its own independent financial metric.

Regardless, as it has been historically universally used and AVE continues to be used as a measure across the PR world to put a financial value on coverage. Some companies like to have a financial value to attribute to all aspects of their marketing mix to facilitate comparison.

Positive, negative or neutral? If there is a chance that press coverage could be negative because of external commentary it is important that the PR professional manages the coverage accordingly, with the aim of achieving as positive a tone as possible. This is another aspect of PR activity which should be recorded – for example if you have 29 press cuttings where the brand is mentioned but 12 of them are negative mentions, this is undesirable coverage and demonstrates further PR needs to be done to change these messages. Positive or neutral coverage should be celebrated and negative coverage should be responded to.

Clients can put together a data capture form when customers buy their product or service, in order to find out where they first heard about the product.

The idea of the data capture form is to establish how many sales have come about as a result of PR activity. This can help marketing teams immensely when deciding where to place their future budget.

The only problem with this method is customers may have first heard about the product in the press but may also have been exposed to other marketing channels since then so may not attribute their product awareness to the press. More sophisticated data analysis techniques online may be able to identify customers as they reach the website from different sources even if they do not buy anything.

If all other marketing activity is held constant while a PR campaign is launched, and a significant spike in sales is seen in the following months, it is likely that the campaign was the cause of the increase.

Data teams can analyse the improvements in sales and discount all other factors to estimate the impact of the PR campaign to a good level of accuracy.

Not all PR campaigns will be for the purpose of increasing sales. Awareness is another possible target of the PR campaign. Surveys, social listening and web traffic to the main website can demonstrate how awareness has improved since the beginning of the campaign.

By far the most important consideration when evaluating your PR activity is to choose the right metric for the campaign. What does the client want to gain from the activity? What are the KPIs of the campaign and how will you deliver them?

A combination of metrics is often the best way to get a fuller picture of the outcome of the campaign. Any further thoughts? Share them with us below or tweet us at @RDPRtweets.