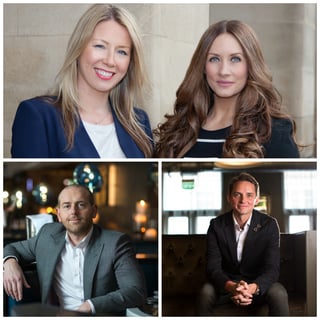 The Manchester-based company has out-pitched a number of agencies to successfully win significant accounts across a number of specialist sectors.

East Coast Concepts, which runs popular Spinnningfields restaurant and bar Neighbourhood, has appointed Roland Dransfield to handle its PR and media relations as it undergoes a major refurbishment and re-launch in early June.

The company, owned and founded by James Hitchen, is also behind Victor’s in Hale and will open a Neighbourhood in Liverpool city centre later this year.

The Roland Dransfield team has been also selected to deliver a new website and programme of media relations for independent consulting engineers Shepherd Gilmour which showcases the firm’s extensive experience in civil, structural and environmental engineering.

At the same time Roland Dransfield has been appointed to handle media relations for Embodyism, which is the creation of Everton Football Club’s former head of medicine Danny Donachie.

Danny, who has worked closely with David Moyes, Wayne Rooney, Paul Gascoigne, as well as a raft of other household names, is now running the high performance coaching company which aims to boost people’s wellbeing and performance.

Roland Dransfield’s associate director Caroline Aspinall said: “It has been a really strong start to the year for Roland Dransfield with a raft of new business wins and new recruits.

“As we approach our 20th year in business our client offering is now stronger than ever and we are very excited about supporting our new and existing clients in realising their own business objectives.

“These new wins will accelerate our strategic growth plans and enable us to recruit further specialist team members to continue to ensure that our offering remains as compelling as ever.”