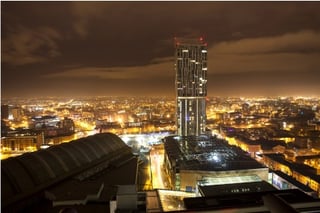 When the majority of us (57.7 per cent) voted to leave the European Union in June, we had no idea the impact this would have on British politics. Boris Johnson and Michael Gove hardly had time to come to terms with the success of their campaign before the Conservative Party united, held a leadership contest, elected a new leader and resumed business as usual. However, it is still uncertain what the Post-Brexit plan is – the PM may say ‘Brexit means Brexit’ but how and when Article 50 will be triggered is not clear.

Meanwhile, the referendum campaign acted as a catalyst for a PLP fed up with its leader. Using Jeremey Corbyn’s poor performance during the Remain campaign as a reason to challenge his leadership the Labour Party’s coup has now descended into an all-out civil war which is currently turning into talk of a split.

In the Westminster bubble these definitely are uncertain times. With talk of a general election next year, the UK needs stability and economic competence to ride out the next few years post-Brexit and post-Article 50. However, the view from Manchester is mixed.

Love it or hate it, George Osborne’s Northern Powerhouse project acted as a showcase for Manchester. It helped bring in foreign investment, made north-shoring fashionable and gave Greater Manchester an array of devolved powers including the ownership of its £6bn health and social care budget.

The PM is keen to broaden Osborne’s Powerhouse into a UK wide agenda aimed at boosting productivity outside the south-east, and she made this clear by setting up the new Economy and Industrial Strategy Cabinet Committee.

This committee includes the PM and 11 Secretaries of State from departments including Business and Energy, Local Government, Transport and Education. Note that the new Northern Powerhouse Minister is not included in the committee.

So what does this mean for the Northern Powerhouse project?

In short, the same but less Manchester-centric. It seems Mrs May is keen to draw a line between the policies of the last Chancellor. In a letter to the Yorkshire Post (maybe purposefully distancing herself from Lancashire) the PM said “The Government I lead will instead build a country that works for every one of us, in every part of the UK – not just the privileged few.”

“Yorkshire is a key part of our vision for a Northern Powerhouse – our plan to help the great cities and towns of the North pool their strengths and take on the world.”

What appealed to us all about the powerhouse was that it was established to readdress the imbalance of London sucking all the jobs, investment and infrastructure away from the rest of the UK.

Do you have high hopes for the scheme or do you think the Northern Powerhouse doesn’t go far enough in supporting the north? Whatever your views, be sure to share them with us via Twitter or leave a comment below.