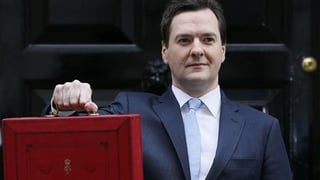 Greater Manchester was mentioned a handful of times during George Osborne’s hour long address. As such, we reached out to our clients to see what they had to say about the announcements for the North West.

Stephen Beech, managing director of Beech Holdings, was positive about the Northern Powerhouse pledges and the pot of money which will go towards helping the homeless.

He said: “We are optimistic that the improvements to the Norths transport infrastructure including the implementation of the HS3 and improvements to the M62, will have a great effect on Manchester and surrounding areas, improving connections with other towns and cities in the North.   Building a strong and connected Northern Powerhouse is really important to us and to the country as a whole, however there is still a disparity in spending on Transport in the North compared with the South of England, we would really like to see more being spent on these areas in future.

“It’s also encouraging to see some money pledged to helping the homeless, which is a real issue here in Manchester City Centre, but we would prefer to see people helped off the streets by the provision of more housing.

“We hope that the spending on education in the Northern Powerhouse Schools Strategy will bring forward and encourage some of the bright, young talent that we have in the region, we are always on the lookout for skilled individuals to join our diverse team and are happy to see the Government building towards the future in the North, just like we as a business are.”

Mike Redshaw director at Nolan Redshaw was also optimistic about the announcements made.

He said: “Overall, I would commend the good housekeeping contained within the budget, with growth predictions still positive and a sensible commitment to a budget surplus.  The proposed reduction in corporation tax and the increase in the threshold for small business tax relief is excellent and will be welcomed by the business community.  The stamp duty changes for commercial property, which reduces the charge for smaller transactions, will also be appreciated by businesses and assist the market.”

He also had a number of concerns about the timeline of Northern Powerhouse infrastructure delivery: “My biggest concern, however, is over the deliverability of the proposed infrastructure investment into the Northern Powerhouse.  Although the backing for HS3 is to be welcomed, with no widening of the M62 having taken place since 1971 and with current levels of infrastructure investment five times higher in the South East than the North, the proposed road improvements within the North, including the M62, are way overdue and the finance needs to be guaranteed now.  As we all know, the North West road network is in gridlock and funds need to be fully committed now, to start the works as soon as possible.”

She said: “Whilst we expected a relatively low-key budget in terms of tax changes, we have actually seen major change in the rates of corporation tax and capital gains tax, as well as a change to a “slice system” of stamp duty land tax on commercial property. There seemed to be a real, concentrated focus on small businesses and entrepreneurs, something which will be very welcome to the north west region. In particular, the new permanent increase to the small business rates relief threshold to £15,000 and cut to corporation tax down to 17% by 2020 will be highlights for our region’s business owners.

“Those “micro-entrepreneurs” who have set up small businesses from their own homes or online will also be given a boost by the new £1,000 tax free threshold.

“In addition, entrepreneurs will want to start planning disposals of any assets which do not qualify for entrepreneurs’ relief, due to the new, lower rate of capital gains tax down from 28% to 20% (higher rate). Benefits to changes in taxation are only fully realised when they are properly timed and planned, so now is the time to consider crystallising those gains, and reinvest. In terms of reinvestment, the changes to the SDLT system for commercial property will generally see a saving for purchasers, and therefore hopefully increase property activity in the north west.

“However, it is the larger, multinational businesses which will, effectively, pay for these tax changes for the smaller businesses. Once again, the Chancellor has pledged to tackle tax avoidance and evasion by restricting the deductibility of interest from corporation tax to a maximum of 30% of total UK income. This could affect our large businesses in the region, but there needs to be some balance and overall, we hope and expect that the tax changes should provide a boost to the north west economy.”

John Stevenson, director at Pareto Financial Planning Limited was impressed that the Budget appeared to demonstrate encouragement of a culture of saving over borrowing for individuals as well as on a macroeconomic level.

He said: “The annual ISA limit increase for the last 6 years has demonstrated the Government’s commitment to encourage equity investment and savings for population. ISAs are a simple product which people understand.

“The introduction of the Lifetime ISA for under 40s could be seen as a simplified replacement for pension planning linked to ISA benefits but with the added bonus of a 25% contribution up to £4,000 – it’s a one tiered tax relief basis with no link to salary or income tax rate. People will understand the limit on withdrawals and will be encouraged to save. This is better than the complex rules in pensions which the public commonly mistrust.

“Pensions were left alone despite rumours circulating that there would be a reduction in tax relief and the removal of a 25% tax free lump sum. The seemingly annual changes to pensions increase mistrust and ultimately lead to reduced contributions. A long term strategy and simplified rules will change this so today’s announcement is a positive step to people saving for retirement.”

However Mark Rawstron, Regional Senior Director at Bilfinger GVA was not happy with the changes to stamp duty for commercial property.

He exclaimed: “1% stamp duty rise on commercial property just shows the Chancellor really does not have clue about commercial property. He thinks he is taxing a sector which can afford it but what about the effect on property values in people's pension funds, he's just wiped hundreds of millions ‎off the man in the streets pension pots. Clueless!”

Nicola Rigby, Director for Planning, Development and Regeneration at Bilfinger GVA, said: “There are though some interesting announcements around planning – two in particular stick out to me. Firstly, the intended introduction of a zonal / red line planning approach, which moves us more towards a system where in principle development limits are established to de-risk sites for developers. Sounds good – and places a lot of the blame for concerns with delays in the system with the Local Planning departments. But may be underestimating the work that will be required to establish in principle development parameters across sites. Under this system the developer may not have to go through these early stages of work, but someone (the Local Planning Departments presumably) will. As with the current approach, this will work where it can be achieved…

“Buried in the full Budget document is an interesting announcement on a pilot initiative to bring the Homes and Communities Agency, Network Rail and local authorities together in partnership to bring forward land around stations for housing, commercial development and regeneration. Arguably this should have been happening anyway, but all eyes will be on where the pilot initiative (or in time initiatives potentially) is identified and the scope that it has. Experience from Crossrail in London would suggest that this will have significant positive commercial impacts – including property value uplift, additional development unlocked, and ultimately greater fiscal return to the public purse – so it can only be a good thing.”

1. Disappointed that they haven't got rid of the rule that when you get married you have to drop the capital gains tax-free status on one of your homes - whereas if you just cohabit you can keep it on both.  It’s a real disincentive to marriage - and runs counter to the more modern approach that we remain individuals even in marriage. We find that with rising house prices in both cities, our Manchester and London clients set a lot of store by those investments in their homes - and if getting married is going to devalue them for one of them with a big tax bill, going down the aisle doesn’t look so rosy, as well as making for an awkward conversation between the newlyweds about who’s going to take the hit.

2. Disappointed that they haven’t got rid of the rule that after a year of separation the spouse exemption drops off between divorcing couples so they have to pay tax on the transfer of a house or shares etc to each other on an eventual divorce.  It forces them to rush into divorce to tie up the financial settlement, when what they need may be a bit of breathing space and a calm separation to try to save the marriage.  At worst it should be extended to 5 years to give the marriage a chance.

3. Happy that the government is still recognising the benefits which the res non dom community in London and Manchester as they bring immense wealth to the economy both in consumer spending and and in corporate inward investment - and has avoided short-sighted squeezing of the tax advantages we offer to that community which will drive them to go off and spend their money elsewhere.  Manchester, for one, has seen a huge amount of foreign inward investment in recent times, which has contributed to its growing standing as the Northern Powerhouse. I’m glad the government seems to be recognising that.”