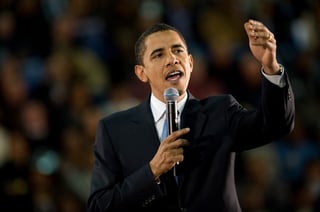 If your company engages with external audiences, participates in media relations or could face a potential crisis then you need a spokesperson to respond to enquiries and represent the company.

A spokesperson is the face of your company. Their role is to engage with the media, and represent your brand internally and externally.

Increasingly businesses are facing complex communications challenges and more than ever company spokespeople are needed. But what makes a good spokesperson?

When being interviewed by the media good spokespeople:

The above are important skills which all good spokespeople have. But another important trait which is more difficult to master is authenticity. The media and audience can tell if someone is

genuine and believes what they are saying. It’s easy to learn the key messages and prepare for an interview but inauthenticity will be picked up on by the audience. A good spokesperson believes in the message, so much so that talking about it is second nature and this shines through in an interview. All this adds to the legitimacy of your company’s message.

Another good trait which all good spokespeople have is relatability. This goes hand in hand with authenticity. If you can relate to the spokesperson, you’re more likely to believe in what they are saying. One way to do this is to add real world examples that are relevant to the audience in the context of what they are saying. By using examples either from the industry, customers or clients it helps to validate the main message.

A good spokesperson is vital to any business or organisation. Still not sure? Then let’s take the well-used example of Tony Hayward who was CEO of BP during the Deep-Water Horizon oil spill in the Mexican Gulf where over 87 days the damaged wellhead leaked an estimated 3.19 million barrels -over 130 million gallons- of oil into the Gulf of Mexico.

Not only did Mr Hayward tell the media that the Gulf of Mexico was “relatively tiny" compared with the "very big ocean", he also commented that he wanted the whole episode to be over as he would like his life back. He showed an apparent disregard for the eleven men who lost their lives when the oil rig exploded and caused the largest accidental ocean spill in history.

Tony Hayward showed perfectly how not to do it. He wasn’t prepared, he didn’t stick to the answers and worst of all he showed very little sympathy. Mr Hayward was heavily criticised for his comments made about the tragedy and was repeatedly called to step down from his position as CEO. BP managed the whole crisis communications situation so badly that even President Barack Obama said that Hayward "wouldn't be working for me after any of those statements".

Throughout this blog we’ve looked at why a spokesperson is needed, what makes a good one and the repercussions of what can happen when it goes wrong. With the public more sceptical of businesses than they ever have been, and 24-hour news reel shining a bright light on businesses’ practices, every business needs a good spokesperson not just for crisis communication issues.

Does your business need a good spokesperson or do you have any advice for those looking to? Be sure to let us know your thoughts below or get in touch to see how we can help.