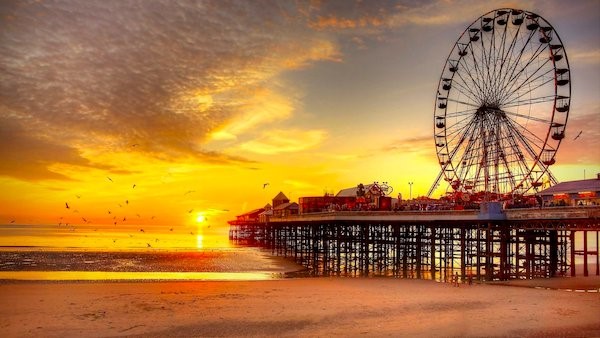 Roland Dransfield has been appointed by the Blackpool Pier Company to handle PR for the seaside resort’s illustrious North, South and Central Piers.

The Manchester-based agency, which launched its consumer division in July last year, has been tasked with devising a plan to celebrate Central Pier’s 150th anniversary this May.

Blackpool’s central pier first opened to the public on May 30th 1868 and this year the Blackpool Pier Company, in conjunction with Roland Dransfield, is planning a host of festivities to mark it’s 150th anniversary.

The oldest of the piers is North Pier, which was opened on 21st May 1863 and cost £11,740 to construct. South Pier is the shortest of all three piers and opened, with a choir, two brass bands and an orchestra, on Good Friday, 1893 .

Adam Moss, Roland Dransfield’s Head of Consumer, said: “It has been a bit of a rollercoaster ride since we launched the consumer arm in July last year. We’ve won lots of new accounts and our consumer offer is quite clearly turning heads.

“We are absolutely thrilled to have been asked to handle the PR for the Blackpool Piers. They are three genuine icons of the British seaside. At the heart of our campaign is the 150th anniversary of the Central Pier on May 30th.

“We are already talking to some big brands about partnership and sponsorship opportunities around the piers, the big wheel, new rollercoaster and, of course, the stunning art deco theatre.”

Renee Sedgwick, Blackpool Pier Company spokeswoman, said: “We are delighted to have Roland Dransfield on board to manage PR for the Blackpool Piers.

“We needed a strong PR agency which understood the importance of the piers and had a real grasp of what was needed to ensure they prosper. Roland Dransfield demonstrated all that, fantastic creativity and much more.”