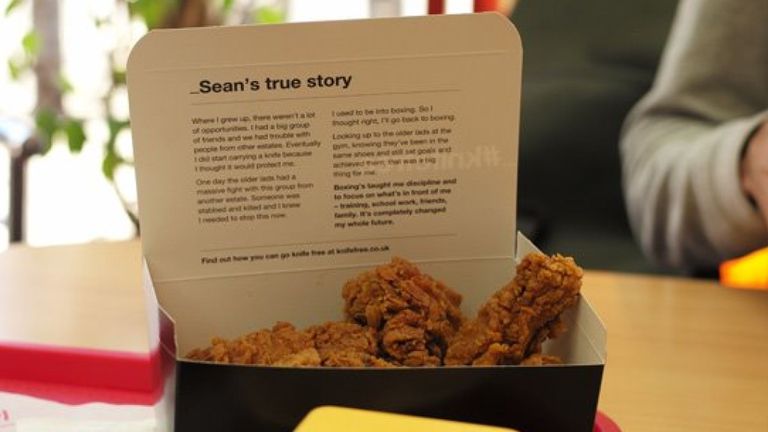 Over the years we have seen a lot of PR disasters, from the Doritos campaign suggesting women should have ‘daintier Doritos’ in order to be more ladylike, to the complete disaster of the Kendall Jenner Pepsi Max advert (we don’t even want to talk about it).

So we thought we would have a recap on some of 2019’s disastrous PR campaigns. Have a scroll at what we have dubbed as the biggest PR blunders this year.

There are dud PR campaigns and then there’s just being flat out offensive. Unfortunately, the Home Office’s #knifefree chicken boxes campaign is the latter.

The campaign, which was launched in August, saw the Home Office’s #knifefree campaign taking a new route to try and direct its messaging at those we they felt fell into their target audience.

With knife crime up by 7% across England and Wales, the Home Office decided to reach out to chicken shops across the country – 210 in total – to have their anti-knife rhetoric emblazoned across the boxes.

The campaign was met with massive backlash for two reasons. Firstly, it utilised an age-old trope that black people exclusively love fried chicken and would likely be in chicken shops, and secondly, that the issue of knife crime is down to black people.

Labour MP David Lammy showed his disdain at the campaign, tweeting: “Is this some kind of joke?! Why have you chosen chicken shops? What's next, #KnifeFree watermelons?”

Equally, an opinion piece on the Independent said the campaign was “painfully weak" and "flirts with racist stereotypes about black people".

Thankfully, the general public saved the day – by sending the chicken boxes back to the Home Office with alternative ways to combat youth violence written across them.

This isn’t a campaign we’re going to forget about anytime soon.

The quirky brand, known for its vibrant, tongue in cheek advertising had a bit of a misstep this October – but as always, the managed to salvage it.

Innocent announced their brand-new range of dairy-free nut milks – perfect for those that don’t or can’t drink dairy! Never one to miss an opportunity however, they also released a video of their seasonal addition labelled ‘Conker Milk’.

Unfortunately, Twitter users weren’t quite quick off the mark and believed that you could extract milk from a conker, leading to potential health and safety concerns.

As a result, Innocent had to release an apology and issued a video telling followers not to eat conkers. Naturally, the video was hilarious and the brand regained control of the campaign.

Anyway, the moral of the story is... don’t eat conkers.

With the prominence of the #metoo and equal pay movements dominating worldwide conversation at the moment, you would have thought PR campaigns would bare this in mind when it came brainstorming their next big ideas.

However, German company Miele didn’t quite get the memo. To celebrate International Women’s Day they decided to revert to the 1950s housewife stereotype as a way of showing their appreciation for women of the 21st century.

Their campaign saw a series of models gazing at their products, including a washing machine and various kitchen equipment. Safe to say they completely missed the point of the day.

The ads were pulled pretty much immediately, and we really hope they have come out from under the rock they have clearly been hiding under for the past two years.