Fine dining venue 47 King Street West has hit the headlines this week after its manager took to social media to issue a vitriolic response to complaints about the experience of one hen party at the eatery.

But what can Barry H's decision to brand his customers 'chav cheap trash' teach restaurants about how to handle complaints online?

Bride-to-be Melissa Grogan-Morgan and 17 friends attended the venue for her hen party meal and after an unsatisfying experience, decided to leave negative feedback on the venue's Facebook page.

Presumably the restaurant's manager 'Barry H' – who has a long and detailed history of abusing those who leave negative reviews via Yelp – responded to the comments with unbridled scorn.

Describing the hen party as the 'most vile people' ever to set foot in the venue, it was claimed the group 'wouldn't recognise fine dining if it slapped them in their ugly faces!'

"Five out of 18 of them turned up 1 hour and 10 minutes after the booking time and 'expected' fresh starters...are you having a laugh... Clearly never eaten out in a decent restaurant in their lives. What absolute trash they were. We pity the groom!" said the demeaning response.

In further responses, it was suggested Melissa and co. were simply 'peasants' attempting to get a reduction on their bill by trumping up these complaints.

Needless to say, the majority of the public were aghast at the response – with the story and follow-ups receiving a wealth of coverage on a local – and even national – scale.

Further examples of the restaurant's acidic attitude to negative reviews were dredged up, with some favourites including one diner who complained about a 'dry' Christmas dinner being told she should go to KFC and another who claimed their booking was ignored receiving a sarcastic response that suggested they book 15 months in advance if they wanted to secure the eatery's best table. After the limelight was shone on King Street West's unique approach to customer service, owner Mike Hymanson issued something of a half-hearted response, telling the Manchester Evening News (MEN):

"The entire incident is regrettable and it has been both investigated and dealt with internally."

Adding to this vague non-apology, King Street opted to bury its metaphorical head in the sand, deleting all social media accounts and refusing requests for further comment.

So what lessons can we learn from King Street's fumbling of the situation?

Doublespeak: Mike Hyman's response was completely devoid of substance and while you'd expect that sort of bland corporate babble from a multi-national – one benefit of being a relatively small venue is greater freedom to speak your mind.

This isn't the sort of thing that'll go away if King Street West stop paying attention to it and a much better tactic would be to take the bull by the horns and tackle the issue head-on. Modern audiences appreciate a dose of honesty and unless you fear litigation (although I don't think slander really applies in this case), there's no reason to resort to such noncommittal blabber.

Personally, I'd like to have seen a response something along the lines of:

"We're tremendously sorry and would like to extend an invitation to Melissa and friends for a complementary night with the entire venue at their disposal.

"Putting Barry in charge of social media was obviously a mistake and since his unacceptable attitude towards customers has come to light, we've let him go. 47 King Street West would like to apologise to any other reviewers he offended with his comments.

"We'll be reviewing our social media policies to make sure nothing of this sort ever happens again."

Mistakes happen and restaurateurs are only human after all. So why not respond like one?

Head in the sand: Putting your virtual fingers in your ears is probably the worst thing you can do when dealing with the fallout from negative reviews online.

Simply put – while you can opt not to participate in the conversation, you can't stop people talking about it.

And in the absence of official accounts, you open the doors to clever trolls who can quickly set up a realistic-looking page (or even hijack your old handle on Twitter) and make you look even worse: This is news now: In a postmodern reflection of Warhol's 'famous for 15 minutes' quote – people's reaction to issues is news now and 'chavgate' follow-ups have been featured for days in the MEN now. Some of which have simply been background, fleshed out by how MEN readers have responded to the situation.

We only have to look at the ongoing coverage around Amy's Baking Company to see the potential mileage the media and the online community in general can get out of these stories.

While I wouldn't recommend responding to every comment under the sun, at the very least, putting your side of the story across might help influence this discussion, which as stated, is going to take place - regardless of whether you participate or not.

Complaints and even chronic complainers are a reality of the restaurant world and even when you don't want to capitulate to a negative review or comment – there's a right and a wrong way to oppose them.

Kiren Pury, a restaurateur who hit back at a customer's scathing review back in 2013, demonstrated how to combat critics you suspect are looking for freebies with decorum.

He politely pointed out inconsistencies in the reviewer's story without resorting to name calling:

"You falsely claim that half was left. Now I think someone has a little problem here telling the truth. I saw the plate, and our CCTV shows that next to nothing was left, I would be more than happy to show you these images if your memory is hazy," Mr Pury said.

He went on to catalogue the reviewer's history – noting the consistencies in the 'pseduo-criticisms' that had been posted about other restaurants.

"If you one day learn how to complain correctly and accept that we will listen to your feedback where appropriate. But, you will never tell me nor my staff to give you something for nothing when it is unwarranted," Mr Pury added.

Another example of how restaurants can respond constructively to reviews comes from Dublin's Ouzo Bar and Grill, where manager Padraic Hanley put across his feelings on the customer's apparently trumped-up charges and feelings on TripAdvisor trolls in general quite eloquently:

"We are not in the business of reheating food and strongly object to your statement and reference to unsafe food in our restaurant. When the supervisor correctly reassures you that it was not reheated you said you recognised one of the pieces of scampi and you then threaten her with TripAdvisor! (A nasty tactic you have used in a restaurant before, and that’s according to a poor restaurateur who had the misfortune to have you as a guest)," he said.

Hopefully, we've demonstrated that there is a way to respond to complaints without outrightly insulting your customers, but if you've got any thoughts on the King Street West situation, or crowdsourced review sites in general – be sure to leave us a comment below or give us a shout on Twitter.

And if you run a restaurant or any other type of SME and are looking for more in-depth tips on getting the most out of social media, be sure to download our complementary guide today: 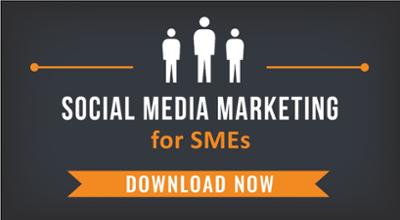