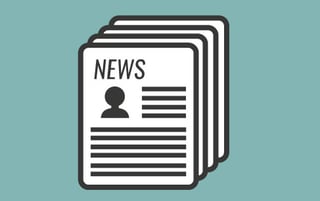 In this guide, we layout five notable areas of importance when discussing whether or not a news story will be scooped up by the press. Ideally, a great news story should typically embody at least two of these when competing for publication.

Timing is essential and topics that are current make good news. Consumers want up to date information and this can result in time-sensitive news being dropped permanently. This time sensitivity works with stories with only average interest as they quickly become uninteresting as the day passes. Think: if this happened last week, would it still be interesting?

The more people impacted by the story, the bigger the headline. Stories that affect thousands will always get more coverage than those that only impact a handful. Take into account the scale of the news and how many people will read it.  Will the information in this story change our lives? Ask this question: "Does it matter?" Does your story pass the "so what" test?

The closer the story the better - local news sells. Something major happening elsewhere has only the same news value as something of medium-significance happening closer to home.

However, proximity doesn't necessarily imply a geographical closeness, and may simply be a country with a particular bond. A good example would be Australians taking a priority interest in a story from Western nations, such as the UK, over the news from much closer Asian countries.

It sounds obvious, but famous people will always get a larger amount of coverage simply because they are famous. This is linked to human interest - people are more likely to be interested in someone famous than Joe Bloggs down the road. The Queen getting her nails done is breaking news but no one would look twice at you getting a manicure. The best way around this is to try to involve a celebrity or a local prominent person within your story, in order to gain prominence and proximity within one release.

Human stories appeal to our emotions, and always aim to evoke a response from readers through either sadness or humour.  They do however disregard the previous points, as they are not time sensitive, do not have to impact a large amount of people and do not necessarily have to include anyone of importance.

These types of stories are an excellent way of getting both television and radio coverage, as the general idea is that people are interested in other people. By taking a glimpse at somebody else's life, news stories can appeal to the voyeuristic part of human nature. Newspapers also often have a dedicated area for interesting items - so the quirkier, the better.

Now that you’ve been introduced to the basics, it’s time to roll up your sleeves and get your hands dirty. But if you need any more tips on best practice or help selling in news story, don’t hesitate to get in touch or fire us a tweet.